Trip down memory lane: where did Netscape disappear to? 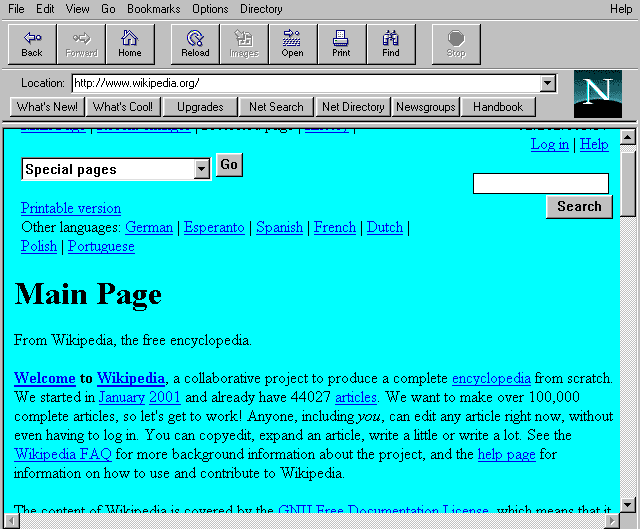 Speaking of weekends, the guys over at Engadget have a great read concerning Netscape. You know, the company responsible for the first world wide web browser that actually took the world by storm when it was first introduced back in 1994.

Here’s a quote from the article:

The company launched Netscape Navigator into the market without even a glimmer of real competition and the browser went on to become the de facto portal to the web in early 1995. Of course, Microsoft was working feverishly in the background to play catch-up with a browser of its own creation, licensing Mosaic’s tech to build the first iteration of Internet Explorer.

On August 9th of that year, the then roughly 1-year-old Netscape went public with its initial stock offering at $28 per share. By close of day, the company’s valuation skyrocketed to nearly $3 billion. It was around this time that Microsoft was preparing to release Windows 95 and a separate add-on pack: Windows 95 Plus! Pack, which included Internet Explorer 1.0 and TCP/IP, the protocol needed to use the web. At last, Microsoft had arrived with its first effort at a Netscape killer.

You can take a trip down memory lane by reading the rest of the article here.