Asus Transformer Book V: everything plus the kitchen sink 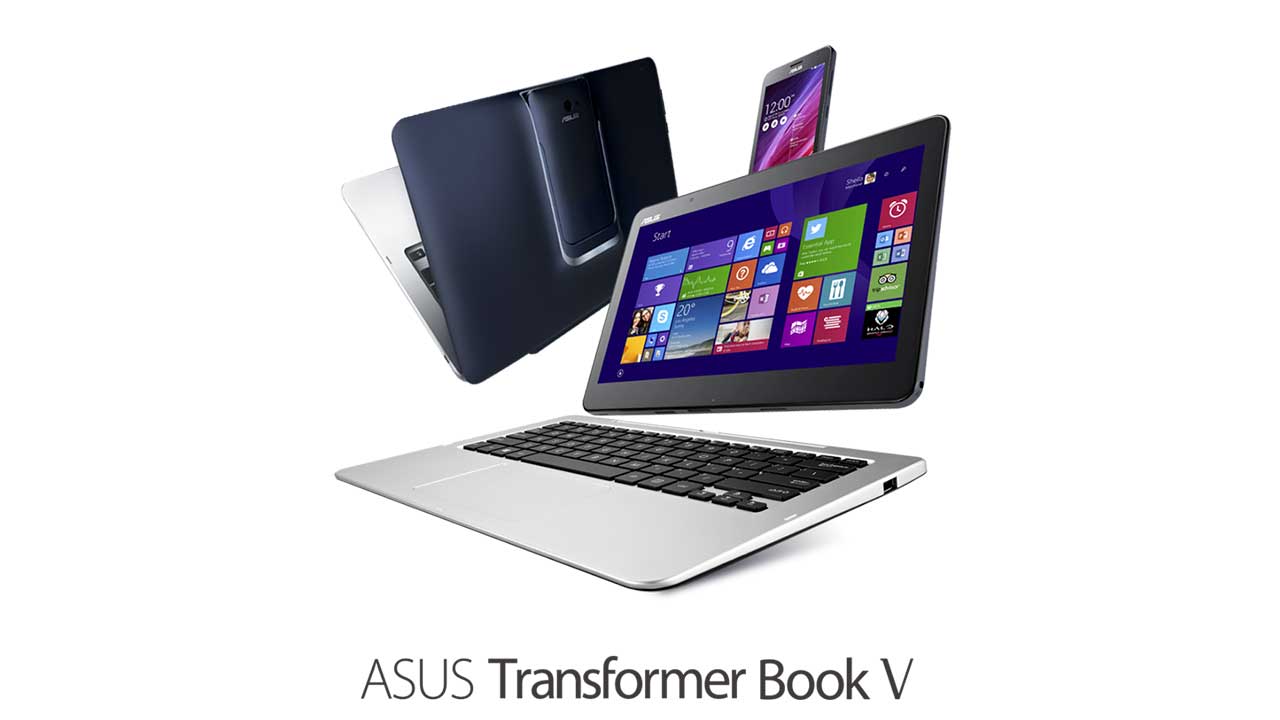 ASUS had some very interesting announcements today, and one of the devices it announced is the epitome of all-in-one.

The ASUS Transformer Book V has it all. It’s a laptop, a tablet, a phone and it runs both Windows and Android. I kid you not.

At its fullest, the Transformer Book V is a 12.5-inch Windows laptop. Detach the keyboard, and it turns into a Windows tablet. Tug on the odd bulge at the back of the screen, and you’ll discover a 5-inch Android phone—which you can use to power the tablet, too. Then reattach the keyboard and you have an Android laptop.

Switching between operating systems is, apparently, as simple as tapping the screen. In terms of specs, there’s a 12.5-inch HD IPS display, 64-bit Atom chip, 4GB of RAM, a 28Wh battery and 128GB SSD on the Windows side (plus up to to 1TB as an HDD in the keyboard). As for the phone, it’s 140g, 11mm-thick, packs a 2,500mAh battery plus 2GB of RAM, up to 64GB of storage and 8MP/2MP cameras. The Windows laptop can access the phone’s storage just like any other Android phone plugged into a Windows device.