Apple partners with IBM for the enterprise

In a move unheard of for the old Apple (which saw IBM as something like the devil), IBM and Apple announced a partnership that will allow IBM too sell Apple’s iPads and iPhones to its massive network of business customers. 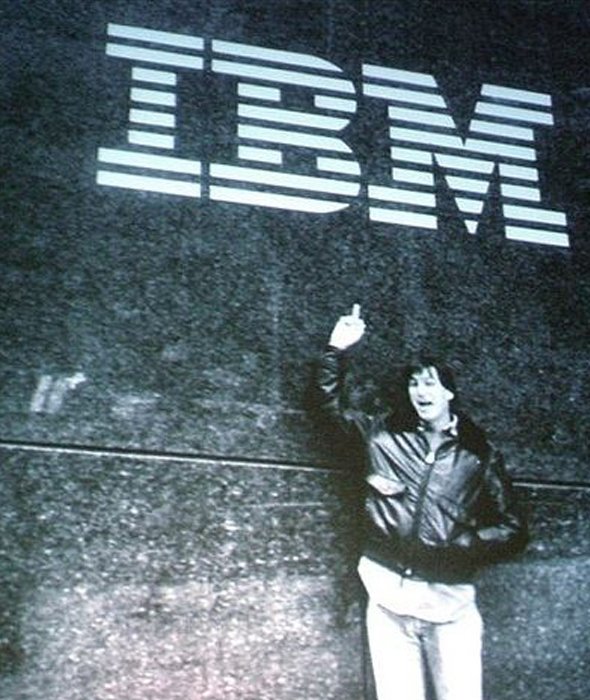 IBM will also develop cloud software for iOS, which could give Apple more of an edge when it comes to mobile productivity. Apple will provide hardware support for devices through a special AppleCare program designed for big businesses buying Apple gadgets in bulk. It includes benefits like 24/7 assistance.

Tim Cook sent a memo to Apple employees, which goes as follows:

Today, we announced a groundbreaking new partnership with IBM that will enable enterprises to put the power of big data analytics at their employees‘ fingertips on their iOS device. This exclusive global partnership brings together Apple‘s legendary ease-of-use and integrated hardware and software with IBM’s unmatched industry depth, enterprise software and expertise in big data analytics.

It also builds on the incredible momentum in Apple’s enterprise business. iPhone and iPad can be found in 98% of the Fortune 500. People love to use iOS devices and Apple delivers the things companies need most—security and scalable deployment along with a powerful platform for apps. With this announcement, we’re now putting IBM‘s renowned big data analytics at iOS users‘ fingertips, which opens up a large market opportunity for Apple. This is a radical step for enterprise and something only Apple and IBM can deliver.

IBM is known for helping customers leverage big data and analytics to make their businesses run better. With over 100,000 consultants and sales professionals, they also have massive scale and global reach. IBM‘s sales and consulting teams will also be selling iPad, iPhone and AppleCare for Enterprise as part of the partnership.

This partnership brings together the best of both companies. It’s great news for Apple, IBM and for enterprise customers worldwide and I’m really excited to see it take off.