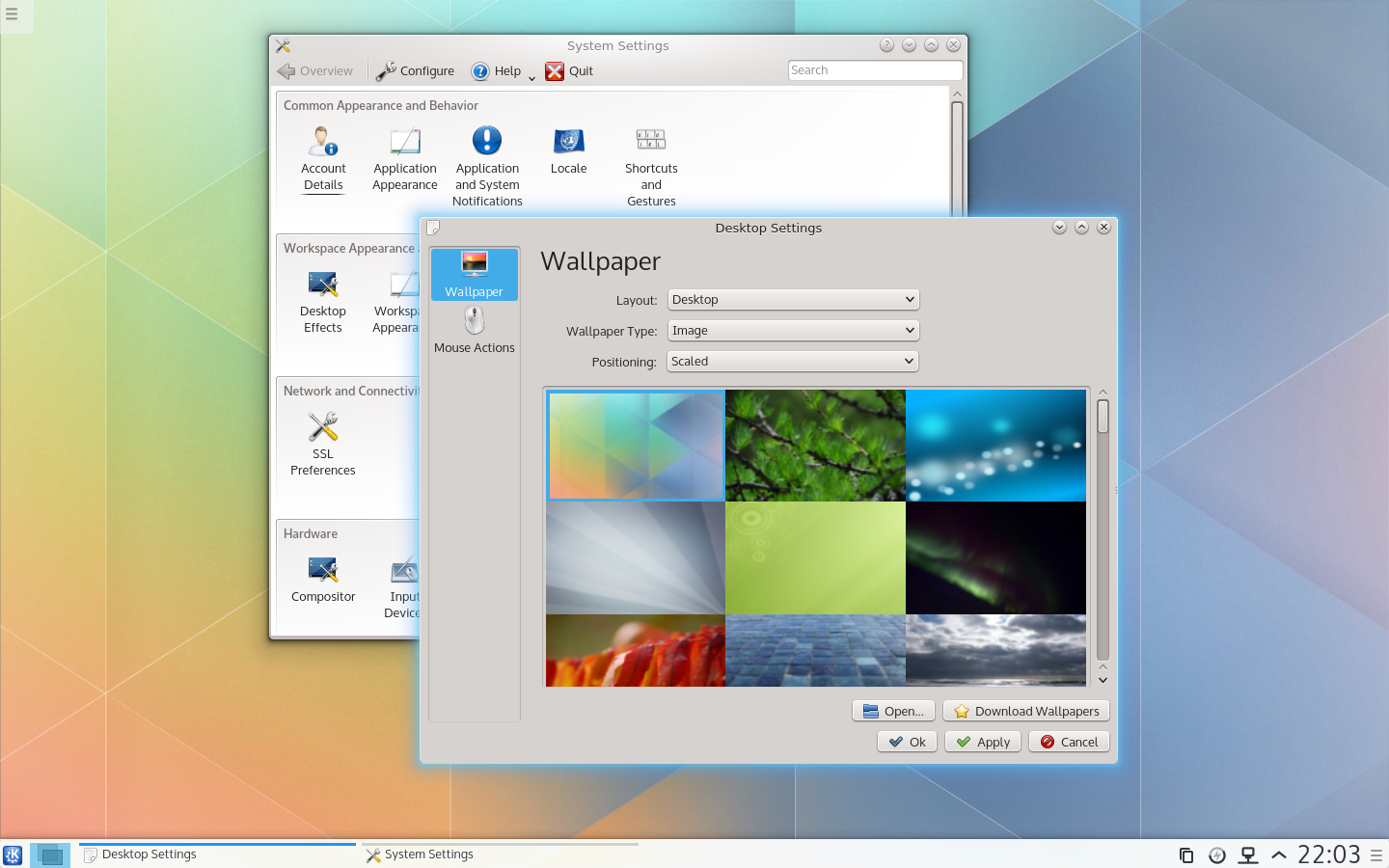 Gnome and its derivatives do seem to have the upper hand these days; but the other camp is not resting on its laurels. KDE announced today that it is releasing the first beta of its next generation Plasma workspace, in what will eventually become KDE 5.0

Since the alpha, a wide range of changes has been made. Many are of course small yet important stability, performance and bug fixes, but there have also been larger changes. For example, the introduction of a new Application Menu widget, which is a reimplementation of what originally debuted as ‘Homerun Kicker’ in the homerun package. See this recent blog about Homerun. Homerun has been proven to be very popular, with some distributions picking it up as their default. For the first time KDE is shipping its own font. Oxygen Font is designed to be optimised for the FreeType font rendering system and works well in all graphical user interfaces, desktops and devices.

You can read more about it in the official announcement page, plus download it for testing.